skip to main | skip to sidebar
Pull up a seat and have a steaming cup with me as we discuss issues central to the west-indian community, the african-american community and the LGBT community.

I used to be really cool but now..I generally suck..

I have not updated either of my blogs in.....forever and a sunday. I know.I've just been so 'motivated not to be motivated' if that makes any sense. I've had so much on my mind and heart lately that instead of it all spilling out onto my blog...it's kinda just been stuck in the bottom of the bottle like the last drops of maple syrup. My intentions have been nothing but good. I've sat in front of my online journals and dared myself to blog, I've gone into the office upstairs pulled out my screenplay and dared myself to write..and ...nothing. How do I get out of this funk? 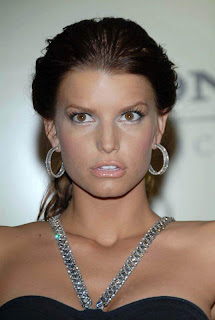 For Jessica Simpson.
I'm watching her on GMA right now and am saddened by the fact that she's obviously she's falling apart. Not that she's ever been completely on top.She's someone who's never seemed to have found her exact niche. She tried 'pop' music and did okay but never quite snagged the golden ticket. Then, she tried acting...no need to even elaborate on that debacle. She has a shoe line and that 'dessert' line..what is it?make-up?lip gloss? something like that?..But I've never heard of anyone being trampled in line trying to pick up either of them. I mean,the best thing she ever did was to marry Nick Lachey who actually seemed to love her under-achieving butt. But she messed that up so now where does that leave her?
Well now dear ole' Jessica is trying her hand at country music. Umm.. according to what I'm hearing right now, it's not going too well. The song is boring and worse, she sounds horrible.She seems to be straining and is completely off key. It seems like everything on stage is literally falling apart right in front of her. Her mic went out for a good 15 seconds, her earrings fell off and she had to stop right in the middle of her second song twice because she couldn't hear her audio. What she was wearing looked like something I've seen my grandmother wear to afternoon tea and it looked better on grammy! Poor girl..don't get me wrong, I don't wish any ill will towards her but her album comes out tomorrow and I predict a nice,round 1,000 copies sold in the first week. Good luck Jess!

Coffee and the Recession 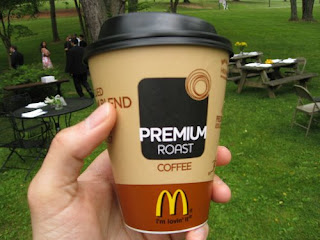 McDonald's coffee is the bomb! I've always thought so...
In fact, if you ask me, it can rival Starbucks anyday. I love Starbucks and all but you know it's getting a bit ridiculous when you have to re-mortgage the house just to get a grande Caramel Macchiato. I mean, come on Starbucks, we're in the middle of a recession here! Give coffee lover's a break! Realize that there are other options out there and adjust your prices. Mcdonald's plain, ole', black 'cup of joe' (the way I like it) is absolutely delicious - truly one of life's simple pleasures.Sure, I still treat myself to my favorite starbucks drink every now and then but Mcdonald's coffee I can do everyday...a few times a day if I wanted. And, the best part is, it's only a dollar..

Excuse me while I finish off this cup...

Remember when your teacher used to make you write lines after you'd done something wrong? 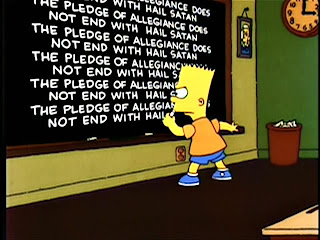 Sorry I was AWOL

By Mike Stuckey
Senior news editor
MSNBC
updated 6:40 a.m. ET, Fri., June. 13, 2008
SEATTLE - They don’t greet you so much as they burst upon you, these three little guys with impish grins that punctuate their beautiful dark features. Here they come, a rumbling, tumbling, laughing, yelling, skipping, crying pack of naughty and nice, snips and snails and puppy dog tails and everything else that is American boyhood.
Meet the Brothers Z: 4-year-old twins Zach and Zayn, and their younger sibling Zeth, fast approaching 3. In many ways, they are typical denizens of the hilly suburban neighborhood where they have lived most of their lives. They spend their days in preschool while their parents both work in the telecom industry. The family owns an SUV and a pickup. They shop at Costco and go to church on Sundays. They work in the yard. They watch Disney movies on their big-screen TV.
But Father’s Day will be a double celebration at their house because the brothers have two daddies — Geoffery and Devin, foster parents for the boys for three years before adopting them.
“All we’re trying to do is raise three healthy boys to be participants in society,” said Geoffery, Devin’s partner for a decade.
That’s a modest description for what the county judge who finalized the adoption in December called an act of heroism. The boys, taken from substance-abusing and incarcerated biological parents, faced long odds against growing up together. Given their treatment by the birth parents, there were far more questions than answers about physical and emotional issues that might arise for them down the road.
"You are heroes in our community," Judge Mary Yu said, beaming from the bench while the boys frolicked about the courtroom, the whole family decked out in red-and-white Mickey Mouse ski sweaters. “Who’s going to assume the burden of taking care of children like this, children who possibly have been neglected or set aside in some way? … People like you, who step up. Thank you.” May you enjoy many more happy years together.

"Be who you are and say what you feel because those who mind don't matter and those who matter don't mind.”

Get to Know E.

E.
Blessings, I'm E.a 26year old,university educated, Bahamian residing in Atlanta trying to keep my finger on the pulse of issues relevant to my fellow caribbean people as well as to the african-american and LGBT communities.My mission is to present those issues here fresh,steaming hot and black - no sugar, no cream so we can dissect them together.

Check out my Xanga blog.

Blogs You Must Read.

In Case You Missed It